In a brand new article (see: http://mysterious-america.net/bermudatriangle0.html), Dr. Greg Little describes some amazing discoveries made on several recent expeditions to the Bahamas. Using side-scan sonar, sites were located near Bimini and Andros and on the Grand Bahamas Bank. According to Dr, Little, subsequent follow-ups to these sites revealed “rectangular formations lying in 100 feet of water off Bimini, several unusual stone formations 20+ miles out on the Great Bahama[s] Bank and the ’rediscovery’ of an underwater ‘mass’ of fully dressed marble beams, an exquisite marble building apex, marble columns, and numerous huge, rectangular flat slabs of white marble”

North of Andros Island, Drs. Greg and Lora Little also discovered an underwater wall constructed from huge blocks and slabs of limestone and genuine archaeological evidence now points to the existence of an ancient maritime culture that operated in the Bahamas during ancient times.

During the most recent expeditions, the Littles also investigated a number of airplane wreckage sites – both underwater and on land. They have offered to share specific details they have collected with anyone who can help identify the aircraft.

Drs. Greg and Lora Little will be presenting the results of their recent Bahamas expeditions at the annual Ancient Mysteries Conference in Virginia Beach, VA on October 6, 2007. See http://www.mysterious-america.net./ancientmysteries.html for more details. 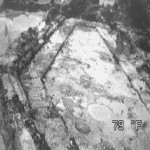 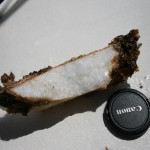