Periodically I like to highlight individuals who are actively working to discover the truth about the ancient cultures of MegaAmerica – the Gulf and Caribbean basins of thousands of years ago. 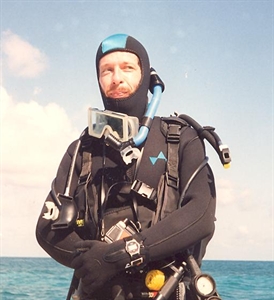 William Michael Donato was recently featured in the SciFi Channel’s special called “Quest for Atlantis: Startling New Secrets” and he’s one of a growing number of archaeologists, anthropologists and other scientists who have broken with “mainstream” academia regarding the true nature of megalithic structures in the Caribbean. In fact, his Master’s thesis included photographs of underwater features he’d taken during his first expedition to Bimini in 1972.

Bill has been a speaker and often-quoted expert on Bimini Road and Atlantis theories for more than thirty years and he’s made a significant number of trips to the area to examine the evidence first-hand. His research has made extensive use of scuba dives, side-scan sonar, underwater video cameras and submarines to confirm his belief that the feature commonly know as “Bimini Road” is, in fact, a man-made breakwater built to protect an ancient harbor. The shape and construction methods at Bimini are identical to at least three similar – and equally ancient – breakwaters in the Mediterranean.

During a recent telephone conversation with Bill, he described preparations for yet another trip to the Bahamas, where he holds an archaeological research permit. The fall trip will be his third this year, having been there in February/March and again in June.

Bill is the founder and editor of The Atlantis Organization (T.A.O.), a scientifically oriented research and networking organization and newsletter focusing on archaeology and alternative theories & technologies. More recently, he formed the non-profit corporation A.P.E.X. Institute to investigate archaeological anomalies with a general focus on underwater sites.

A Bibliography of Articles by William Michael Donato

“Back to Bimini”. Atlantis Rising, Issue 14.